We did it! Seattle Mayor Jenny Durkan signs Fair Pay into law 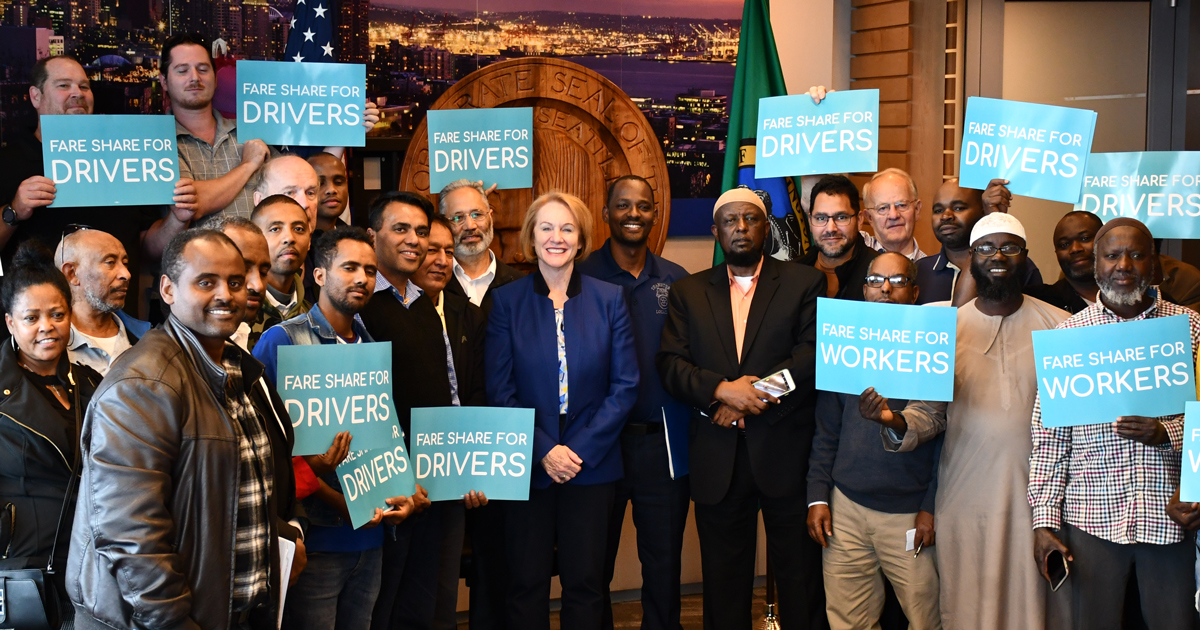 The new Fair Pay law will raise pay for Uber and Lyft drivers by 40%, with implementation starting January 1. The Fair Pay standard includes:

Drivers Union led the long, multi-year campaign to win Fair Pay. While we celebrate today’s win, we also know we can’t take our foot off the gas.

Uber and Lyft lawyers are already scheming behind closed doors in a desperate attempt to block your pay raise from taking effect.

We will beat them the same way we have won before – with the unity and power of a strong driver-led Union.

or
Please check your e-mail for a link to activate your account.